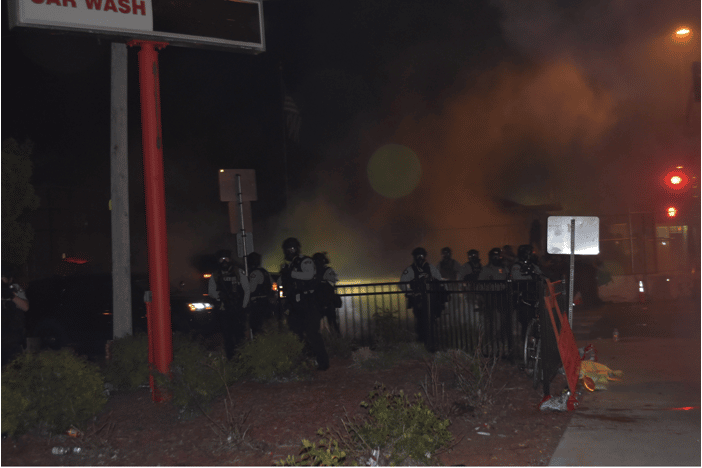 This first contribution for the Donald Reynolds Journalism Institute Fellowship covers mainly the topic of aggressions and detentions of Latino journalists during the Black Lives Matter protests. Fundamedios’ next contribution will address whether Latino media outlets have access to key news sources and authorities.

As human rights activists and journalists, we have worked for several decades to defend freedom of expression and freedom of the press in Latin American countries experiencing authoritarian regimes. We have struggled to overcome these challenges and gain fundamental rights and freedoms.

Our RJI fellowship, an institutional fellowship with our organization, Fundamedios, in Washington D.C. will focus on building bridges between U.S. and Latin American journalists and shine a light on the challenges of Hispanic journalists working in the U.S.

In the light of the tragic events in El Paso, Texas, on August 3rd, 2019 when a white supremacist and anti-immigrant fanatic shot and killed 23 Latinos due to hate and anti inmigrant rhetoric, we became even more concerned about the insecurity and discrimination against the Latino community in the U.S. Equally worrisome was the rhetoric coming from the White House against journalists and the media. In fact, according to a study of the Committee to Protect Journalists of January 2019, over 10% of the President’s tweets attack the press.

Because of this we launched a project to research the access to opportunities for work and working conditions for Latino journalists. Our intention was to understand whether some people experienced harassment for speaking with an accent or having darker skin or hair, and the limitation they face in accessing sources and documents. We want to know if people experience intimidation on social media, encounter challenges when speaking with authorities, or face layoffs before white colleagues.  When we started we had not anticipated the high number of stories from Latino journalists about arbitrary detentions and physical assaults.

Then in May, George Floyd’s killing ignited massive outrage. For over two weeks citizens from diverse races, cultures, and ethnicities staged protests in at least 700 U.S. cities throughout all 50 states. While most of the demonstrations were peaceful, several cities saw vandalism and looting, and in some cases, scenes of violence provoked by the police themselves when they forcibly tried to disperse the protesters and to enforce city-wide curfews.

On many occasions, wearing a press credential, holding a camera or being on the air did not ensure protection or respect from police or the National Guard. We observed direct targeting and aggression against the press even when they identified themselves as working journalists. 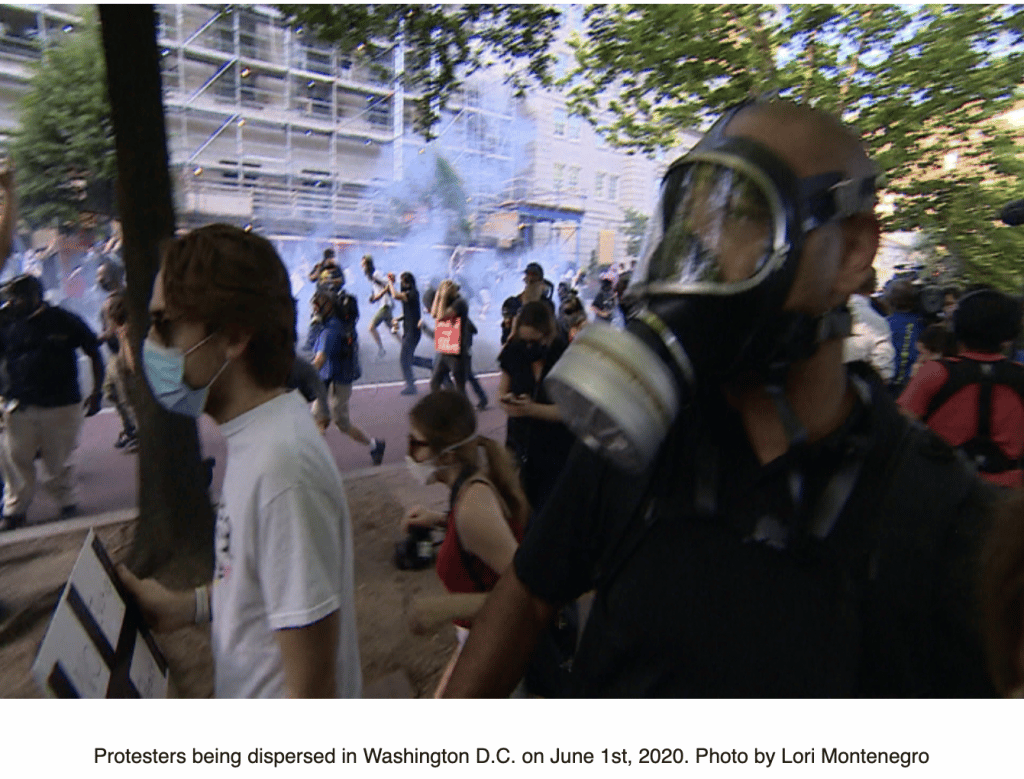 The US Press Freedom Tracker recorded 430 incidents between May 26 and June 17, 2020. There were a total of 57 cases of damage to equipment, 59 arbitrary arrests and 268 assaults (92 physical attacks, 54 tear bomb attacks, 32 with pepper spray attacks, and 90 rubber bullet or other projectile attacks). The police assaulted journalists In 149 cases.

Fundamedios compiled a list of incidents involving more than 25 journalists of Latino origin working in the United States. Fourteen were physically assaulted by police officers and eight were arbitrarily detained. Eight of the journalists are women. Additionally, on many occasions, the communicators were intimidated and threatened in order to stop doing their work.

Linda Tirado, a 38-year-old independent photographer, lost permanent eyesight in her left eye after being hit by a projectile at a protest on May 30th in Minneapolis. The last photograph she took that day was of police pointing directly at her —  there were no protesters nearby to mistake her as a threat. During the interview with Tirado in the Fundamedios digital discussion Journalists Conversando, Tirado argued that there is no doubt that journalists are now a police target. «Going after a photographer’s eye is a very particular choice that an officer can make,” Tirado said. While blinded in her left eye, Tirado feels fortunate that she was not shot in her right eye, the one she uses to focus on her photographs, and that she can continue to work.

That journalists are becoming a target is a reality. Three members of the Telemundo Washington D.C. team were hit by rubber bullets in Lafayette Square.  D.C. Bureau Chief Lori Montenegro, correspondent Cristina Londoño, and cameraman Edwin Lopez were at the park on June 1st at 6:30 p.m., half an hour before curfew went into effect. They were broadcasting live on the peaceful demonstration in front of the White House when the group was suddenly dispersed using riot gear, extreme force and  chemical agents, probably tear gas and pepper spray, for President Donald Trump to cross the park to St. John’s Church and pose for a photo op with a Bible in his hand.

Cristina Londoño said that throughout her professional life covering multiple protests in the United States and other countries, she never experienced the press as a target for police fire. Londoño was hit in the arm, Montenegro in the back, and  Lopez  was hit three times, once in the back, once in the shoulder, and once in the torso.

We conducted an in-depth analysis of these facts, and on June 16th 2020,  Fundamedios hosted a live digital forum to discuss these issues. Panelists, including Silvio Waisboard, Professor at the Media and Public Affairs School at the George Washington University, photographer Linda Tirado and correspondent Cristina Londoño,  analyzed the root causes of the attacks on the press, to better understand how this affects freedom of expression in the U.S. and if it poses specific challenges for minority journalist as the Latinos are.

The fundamental issue is that the police abuse of George Floyd and several others, including Latinos, and the sustained indignation and reaction of the population has provoked a fundamental process of historical reflection that had not occurred in the U.S. for a long time. This includes newsrooms and editorial boards. This is allowing us to understand the different forms of racism and discrimination that continue to exist without being challenged strongly until now.

Today, with our research we would like to contribute to this historic reflection, in relation to the discrimination and obstacles suffered by Latino journalists.

This is why we have launched our virtual evening forums Journalistas Conversando every two weeks. Our topics and guests are mainly Latino journalists from local media  addressing precisely the issues of our research. This is how other journalists not only get to know us but also to understand our motivations and the work we are doing.

We have already addressed the challenges of being Latino journalists, the harassment and fake news campaigns in Puerto Rico, and the violence against the press in the latest demonstrations. Our last panel on June 30th was From Dreamers to Journalists, giving the stage to young communicators of latino origin who are DACA beneficiaries, and who have managed also to develop a career in communication in journalism.

This way of connecting with professionals around the U.S. has permitted us to identify and have personal interviews with fifteen journalists and maintain dialogues with six key organizations on issues of journalism and Latino media. More than half of the interviewed journalists have said that they were discriminated against in their workplace. Most of them noted their working conditions are different due to payments, the equipment they are provided, or opportunities to grow.  Women Latino journalists are the most affected.

This has taken many journalists to a personal commitment to serve their community in the most innovative ways, which we will explore more in-depth during the coming weeks, documenting experiences of the positive role that these journalists play in keeping their communities informed, healthy and alive.