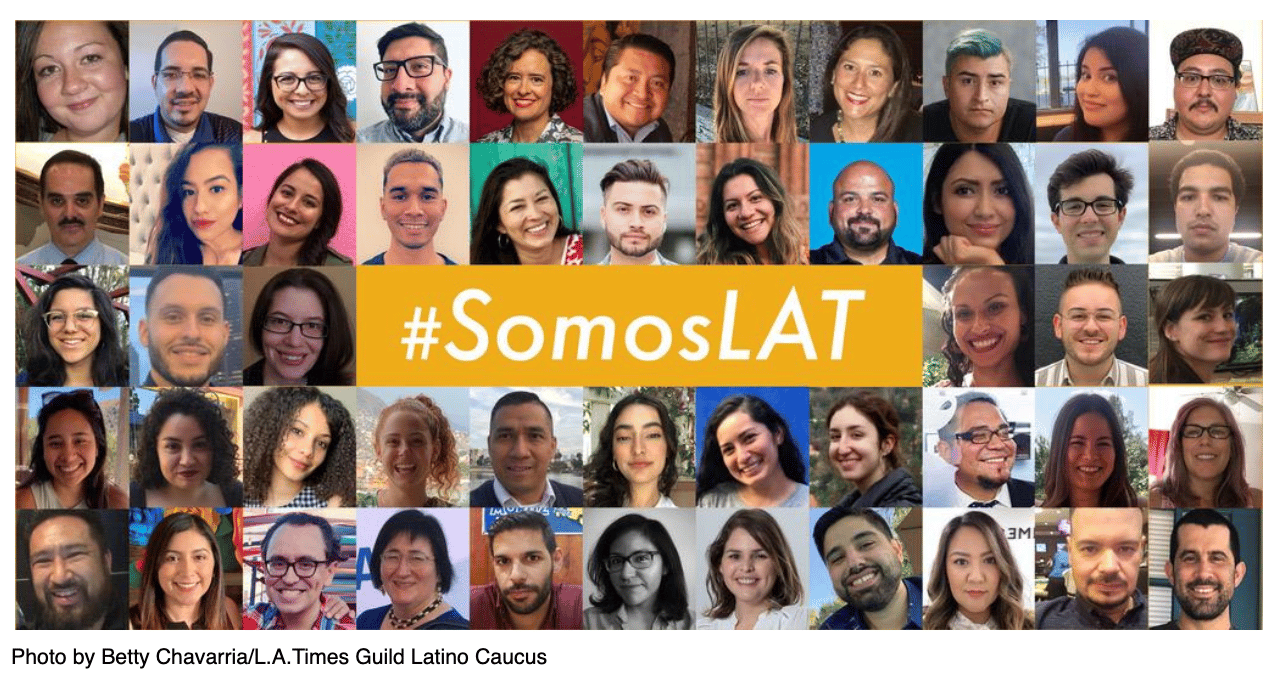 This third contribution for the Donald Reynolds Journalism Institute Fellowship covers mainly the topic of how hyperlocal solutions flourish to keep Latinos informed in the U.S.

“As a photojournalist for one of the Hispanic TV networks, I realized big differences between the «general market» and the Hispanic market. In one of my jobs the salary was almost 50% less than the same position in English.” This statement was provided by a Latino journalist who answered Fundamedios survey about the main challenges Hispanic journalists face in the U.S. And they were not the only one, it echoes the responses of most of our interviewees.

Salary disparities and work environment –such as inadequate equipment, low number of staff on a team, and insufficient time to process the work– are the main reasons Latino journalists have felt discriminated against by their white colleagues, according to the Fundamedios´ survey.

A 2018 study from the Los Angeles Times Guild provided specific numbers about the pay gap. Non-white men earned $15.000 less than white men, while non-white women, most of them Latinas, were at the bottom with almost $30,000 less a year.

“That was an incredibly painful period for our newsroom, I think we all assumed that there were these disparities, but there is such a culture of silence when it comes to salaries. You don’t know whom to talk to and it really affects your confidence, and how you feel about how your work is appreciated,” said Esmeralda Bermudez, a Latina writer who has been with L.A. Times since 2008, and today is a leading figure at the Latino Caucus.

The study was an eye-opener that led the Latino journalists at the L.A. Times to establish the Latino Caucus and write an open letter to the owner on July 21, 2020, with 14 specific demands. Latinos make up almost 50% of the city’s population, but in the Times newsroom, they are only 13%. Increasing this representation, making changes in the way the newspaper portrays Latinos, and, of course, taking important steps to close the salary gap, are among the key demands they requested to make their newsroom equitable.

For Bermudez who spoke on behalf of her peers, “It begins with the representation at the top; there you can speak about the way Latinos are portrayed and salaries and lack of opportunities. Right now our masthead does not have a single Latino. During more than 100 years there have been only 3 Latinos in the leadership.” she said.

Patrick Soon-Shiong, the billionaire who bought the L.A. Times two years ago, answered the LA Times Latino Caucus on August 25th with the hope to write a new story of the paper, addressing the demands after one month of conversations with the group He published fundamental commitments and a strong statement with self-recognition of the mistakes made during the paper’s history and the willingness to redress them.

“The LA Times is not immune to the disease of institutional racism metastasizing in our country. I apologize for not empowering our Latino journalists and staff at the rate and scale required to reverse the legacy of racism and restore the health of our industry. In all avenues of the LAT, our fight to protect and publish stories, images, and products that reflect the diversity of Southern California is of tremendous urgency. We are committing to increasing representation of Latinos in our staff and coverage, and to making the LAT more inclusive, secure in the knowledge that LAT and our community will benefit from it. The commitments outlined today cannot erase our failure to prioritize the Latino community. Yet my hope is for this letter to reflect a new page in our story.” he wrote.

The letter’s address to the salary gap was probably the most demure, offering a solution that should have been done a long time ago to “ensure compliance with equal pay law.”

Previous to the Latino demands, the L.A. Times settled a suit over race and gender bias, led by the only Black journalist and the less paid communicator of the newsroom.

Voice, a student program offered through the Asian American Journalists Association,has documented how salary disparities affect almost all journalists of color in the main U.S. newsrooms. The L.A.Times redress is a good example to follow by other large media outlets in the U.S.

During our challenge collecting data about the obstacles that Hispanic journalists face in the U.S.  several cases of journalists who consider themselves discriminated against by their employers have been brought to our attention. Although Fundamedios considered all these reported incidents as relevant, in our research we will assess if those cases can show a pattern of discrimiatation or are unique labor affairs between media outlets and their employees. Our study will only consider cases that affect Latino journalists either by ethnic discrimiatation or other forms of discrimination that impacts freedom of expression of the press or are part of systematic differences, such as the exposed pay gap.